Myth, superstition or fact ......and so random

There are some things I've heard or come across with time and I was wondering what to classify them as: Myth, superstition or fact;

1) Okro is bad for Ijebu men: Now I don't know if this covers all the different types of the Yoruba tribe oh, but I know that my grandmother who happens to be Ijebu, warned my mother never to prepare okro soup for my father when they got married. My mother obliged her. That now led to we the children never ever tasting okro until a long while.
Afterall, as the Yoruba proverb goes: "Obe ti Baale ile ki je, Iya ile ki i se", "the soup the master of the house does not eat, the woman of the house does not prepare"

One day we managed to eat it at our aunty's house and we loved it and begged our mum to start preparing it and she did.
So recently I just found out from one of my friends, whose grand mum is also Ijebu, that her mother was also given the same instruction. And from what she told me, apparently these Ijebu women have a common belief that okro lowers a man's sperm count...Me I dunno know oh

2) Eating in your sleep is dangerous: That's what my mum has always made me to believe since I was young and serious prayer always followed when I told her I ate in my sleep, but I just wonder what it really means. I've read some 'spiritual' books in the past on it, but I just wonder oh, because some times I find myself eating in my sleep *covers face*...

3) Killing wall geckos leads to bad fortune: I was in SS1. One of those nights during prep, a wall gecko dropped from the ceiling onto my notebook. Immediately I flung it away from the book and stepped on it with all my might. It divided into two parts; the tail and the rest of the body My classmates gasped and stared at me disbelievingly. "You just killed an omo onile...", "Ah, it is wrong...", "Bad things will happen to you..". I laughed. Like, they couldn't be serious. I went back to reading my book.
Last month I told someone the story and his reaction was the same and I was like duh!!

***
I can't believe some people still think Obama is the antichrist. I was listening to a discussion on Saturday and someone said Obama will never get the opportunity to be president a second time; that Americans will make sure, since he is the antichrist, so as to delay the evil things that are bound to happen to the world...Hmmm...I still dey wonder and Google has been my friend these past days. I've read all sorts on this topic ehn..

***
I started taking driving classes today and this my driving school teacher has specifically instructed me that I should bring money for 'minerals' each time I come for a lesson. I asked him if the 10K I payed to his 'Oga' does not include his own pay.. mscheew... But, I've been made to know by him (matter-of-factly) that if I don't bring 'minerals' money, then I'll be on my own because he won't teach me well.

"Igba, to ba funmi ni owo fun minerals ni ma sese ma ko e bo se ye", "it is when you give me money for 'minerals' that I will now teach you the way I'm supposed to"

I just dey wonder. Since when did I need to give you money so that you will do what is right. After paying 10K for two weeks you expect me to give you 'change' everyday, 'change' you've probably been collecting from others. In my presence one person gave him N200 after her driving lesson.

Reminds me of one time when my project supervisor asked me to drop a copy of my thesis with someone in the departmental office and the man asked me to 'drop' something as 'security vote' (in his own words) so that the thesis won't get lost. It's apparent he wanted me to give him money (for no sensible reason). I played dumb and told him, "ehn if it gets lost, it gets lost. But I wonder how that will happen". And then I left the office.

Things need to change in this country ehn...

***
Thanks to all who commented on my last post. Thanks for the birthday wishes...

Woke up really tired this morning, ‘cause I could hardly sleep from thinking so much about today. Been fantasizing about a surprise party, dancing on the beach, taking pictures in a garden and getting fabulous gifts like a Samsung galaxy note...*wink.

Well that‘s all fantasy. Today‘s been fab so far sha!

I‘m grateful to God for keeping me all these years and for how far I‘ve come in life..

Bye...see you soon... (dances alanta as she leaves the stage) 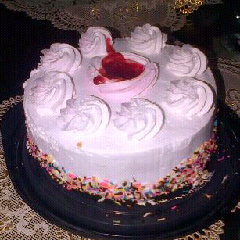 Finding it hard to read and write

So, of late, I’ve been finding it hard to read the books I love and to create stories of my own.  Right now, so many things overwhelm me and it’s like I’ve totally lost interest in anything possible.

In the past I finished books quite readily: The Harry Potter Series, Chimamanda’s books, etc. However, now I find it hard to finish reading books. Starting is usually not a problem, but then when I read a bit, I stop and move on to another book. The only books I’ve managed to finish recently are “The Secret Lives of Baba Segi’s wives”, “Letter to my daughter” and some time ago, “I do not come to you by chance.”

I don’t know what the problem is, but when I pick up a book it’s like I experience some kind of strange dumbing down and I can’t even enjoy or follow through with it. I suspect, it might be I do not find some of the books interesting, maybe, because for example, I bought Adaobi Tricia Nwaubani’s “I do not come to you by chance” after “The Help” and it’s been two years since I bought the latter book and I’ve still not finished it. But the former, I enjoyed a lot and read the first half in a very short time took a break of about three months and then finished it. But it’ll be wrong to classify the books that way, because while I find so much pleasure in reading the “Diary of Anne Frank”, I’m struggling to finish it. It’s just odd. It might be also, that some books require much more understanding and analyzing (I could say that for ‘The Help’), while others can be easily downed like a cold glass of water on a hot day. So, I really don’t know what my problem is.