Four followers and still counting... will get there.

Hiya! So, yesterday evening for about 30 minutes I was in a bad mood, more like I was angry at something that had happened. Usually when I'm angry I prefer not to burst out in anger because I don't want to risk feeling like a monster. Actually I like to write when I'm angry, that is, tell my laptop and only my laptop what is going through my mind. I'd write about what is making me angry, or the person that is making me angry or get the idea for the plot of a short story from the situation. Sometimes I even concentrate better when I'm angry and get the zeal to continue working on the novel I'm writing.


Funny, that's how it works for me sha.

But yesterday, i didn't even write anything when I was angry because I was to lazy to press the power button on my laptop and instead I cried to ease my self of the bitter emotion. I also remembered the discussion I had with someone about six months ago. I was talking to the person about how much I liked writing and hinted that I usually got the zeal to write when angry. He just shook his head and went "I wouldn't do that if I were you. I used to do that when I was younger but I've realized it's not the best". I asked him why he said so but he didn't give a straight answer but just went "It's better not too"

So yesterday when i remembered that conversation I got thinking and wondered why "it's better not too". Since I've realized it works for me, I don't see what's so wrong with it. Besides yesterday night I continued working on my novel which by the way I had worked on last, maybe September last year, what with all I had been busy with. Maybe, it's the anger that helped or maybe because I thought the anger helped I decided to continue writing from where I stopped.

Another funny thing is that most of the time people that get me angry usually feature as characters in my book. Now that's something, cos it's helped to keep my work going, albeit at a slow pace. But anyway I'll get there. The young shall grow...lol.

So writing when angry, is it okay or is it inadvisable in your opinion?
Posted by ay at 04:10 4 comments:

The lectures were for a Course we dread so much in Pharmacy school- Pharmacognosy. A complex term for the study of crude drugs of natural origin. The lectures were about research into medicinal plants and harnessing our plant resources in Nigeria to produce useful drugs and hence improve the economy.

I learnt a lot from those two lectures and left the class those two times feeling empowered, feeling like I could make a change. Our lecturer talked about useful plants which we had in Nigeria that are actually precursors of very important drugs. Some of these drugs we still import from countries like the USA beecause we’ve failed to tap into our own resources.

Nigeria has a great diversity of plants whose healing properties have been verified scientifically, though some of their effects are unexplainable. However we still don’t acknowledge our own plant drugs and instead prefer  western medicine.

Now, I’m not against orthodox medicine. Afterall we are taught extensively on it in school and also carry out practicals on the synthesis of drugs. But really, a lot of our solution lies in nature.

Now it’s seem like I’m boring you..buh what I was just trying to bring out is how importantly the lectures I had impacted on me so much that lately have been thinking of going into postgraduate research in medicinal plants once I’m through with my undergrad.  But I’m not still sure yet sha, still thinking.To think I hated Pharmacognosy so much before. Plants are boring.......buh i need to be part of the change we need especially in these perilous times!!!!  And funny I’m not the only one that ‘felt’ the lecture. Someone actually told me his view was beginning to change and he was considering research too. Some of my other coursemates even said the lectures were interesting. No one has ever said that about that course. ‘Tis good to know a lot of them were inspired too!!

Anyways, I really feel like God is trying to tell me something o ‘cos just 2 weeks ago I found out who my final year project supervisor is. It’s a lecturer in Pharmacognosy!!!. I was hoping for anything else but Pharmacognosy, was thinking maybe Pharmaceutical Chemistry..Oh, well...so i’m going to be doing research in plants for the remaining part of the session and trust me it’s going to be very tedious. I’m ready to face the challenge God-willing.

Well that’s it for now.

Oh, by the way, I’ve become more enlightened on the principles of the fuel subsidy and the reason for its removal. But I’m still not sure if I’m for or against it.

Till when next I fink of something to post.

Email ThisBlogThis!Share to TwitterShare to FacebookShare to Pinterest
Labels: school

The year is new and though it’s coming late I’d like to say ‘Happy New Year!!!’.
Buh I really don’t get the feeling that this is a ‘happy new year’ because people are not smiling as much as before in Nigeria, but they are still smiling sha. I for one ain’t feeling too happy.
The major issue now in Naija is this fuel subsidy wahala which came with the new year. I began the new year wondering if we would be able to survive in Nigeria. Prices of everything are increasing and people are protesting. And just when I was thinking that’s the worst that could happen ASUU decided to continue with the strike they had started the previous year.
Basically I’m trying to study while I can, as the uncertainty of everything looms over my mind. The proposed nationwide strike is beginning on Monday the 9th of January and I’m just hoping it’ll yield good results and I can hopefully continue school very soon because my education has not been  interrupted like this before (except for a short stint some few years ago in my second year) in all my four plus something years in the University (cos my school is very stable).
Well, in the middle of all these, Nigerians still make jokes out of the fuel subsidy issue. I was going through the Punch’s Tuesday edition and was in stitches as I read all sorts of funny things and looked at funny images on this same issue.
Ever resilient Nigerians! I salute. We always seem to make the best out of every situation no matter how difficult.
I like this one especially. Came across it on the web

Have a great year. 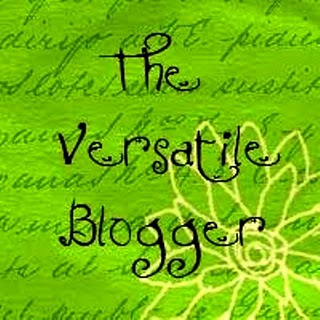